Skip to content
Here’s a cheat sheet for running better meetings – meetings where people are energized and enthusiastically participating. This model is called GRASP, and it consists of Goal, Room to think, Autonomy, Shared focus and Progress.

Ever been in a meeting where discussions seem to go on and on, topics come and go, and there seems to be no idea what we are trying to achieve?

Set a goal for the meeting.

Take care that the goal of the meeting is clear and it’s understood by everybody. Even better, write it on the wall or on some other place where everybody can see it. Now you have an easy way to point to the goal when the discussion starts to creep to wrong direction. When the goal of the meeting is clear, people naturally start to drive towards it.
Where the goal comes from? You can set it in advance, you can ask from participants what are the most important questions today, you can discuss that in the beginning of the meeting. It’s anyway good to check this on top of the meeting.
Why goal, instead of purpose or let’s say agenda? With goal, you know when you are heading towards it, when you are not, and especially when you are there and ready to finish. 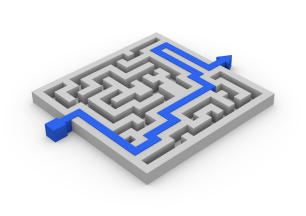 Ever been in a meeting where one or two loudest persons talk endlessly, while others sit silently, staring to eternity or fiddling their phones or computers?

Create room for everybody to think, speak out their thoughts, and especially listen to other people’s thoughts.

This is done for example by using pair discussions, small groups and some quiet alone time to think.
About time to think. Some people prefer to think first and speak only when they know what to say. Others can just start speaking, and formulate what to say on the fly. Obviously this latter group always gets the say unless somehow controlled. So some time to think alone while nobody is speaking and maybe to write some notes for yourself can be really valuable to get ideas and thoughts of everybody out.
About pairs and small groups. Those are excellent to utilize air time more efficiently. You get several people talking at the same time, and then you can get highlights from each group. If you have quieter people in your team, pair work is an excellent way to get everybody to contribute – it takes real guts to just stay silent when talking in pairs. Small groups are also perfect if you have some difficult-to-control loud mouths in your team – at worst, they’ll dominate only their own group while others can get their air time.
The counterpart of speaking is of course listening. When creating room to speak, you also encourage people to listen to each other. It’s as, if not even more important than getting to speak.

Give autonomy to your meeting participants.

By letting people to decide if they will participate, you already involve them before the meeting even starts. Of course you can let them know why they are needed – the information given might be valuable to them, or their input on given topic might be crucial to you or the other participants.
You will also energize the participants by letting them have say on how things proceed. It could be on topics to be handled. it could be on how to form pairs or groups. It could be on how to formulate needed actions on the problem you need to solve. Give freedom on everything you don’t specifically need to decide by yourself, to make people more involved.

Ever been in a meeting, where people are energized and excited, there are lot of great ideas thrown around, but afterwards it appears that people had understood things differently, or most of the things were forgotten in a week?

Bring your participants to a shared focus by creating something concrete while discussing.

By creating something concrete, either writing or drawing, you make sure everybody understood at least that part in the same way. You also make people to focus on the same thing, when everybody’s looking at the same post-it notes or same flip chart.
By writing individual thoughts on post-its while thinking about something, you also ensure that the thoughts are shared with others. Unless written down, it’s easier to leave your thought unsaid, and just go with the first idea that was brought up. So that really increases participation and divergence of different ideas.
Seeing your own thought written down also liberates your own brain to move forward – you can feel safe that you were heard, and that your thought hasn’t just disappeared without noticing. Just writing what is being said makes the discussions flow much faster when people don’t have the need to repeat their own thoughts over and over.
By creating summaries or presentations on flip charts, you are also making an easy reference to which to return to, either in the same meeting or afterwards.

Ever been in a meeting where you used 90% of the time in some interesting debate, and when there were five minutes left you realized that the key question was still unanswered and that you had to rush out, go over-time, or leave it to next meeting?

Make sure you progress towards the goal.

Now that you have a great and well understood goal, everybody has room to think and speak, there’s autonomy to decide if and how people will participate, and participants are focusing on the right things – make sure that things proceed so that you achieve what you want in your meeting. Use timeboxes for different topics, take small steps towards the bigger goal, use checklists to see everything gets handled.
You can also just point to the mutually agreed goal and state for example that “in order to get there in 30 minutes, we now need to move on”, or “even this is very useful for the project, to focus on the agreed goal we might need to continue this discussion later”. When the goal is meaningful and accepted, this should be quite easy.

You’ll get much more out of your meetings by using the five principles introduced in GRASP. You can use the model to put together whole facilitation plan for a meeting, but what’s best, you can also just improve your meetings by bringing in any of the five. I’d propose starting from setting the goal.
You don’t even need to be the chair of the meeting. Just throw in an innocent “What was the goal of this meeting again?”.

View all posts by coachjarkko